The epitome of an English country house by the sea, the four-star Hotel Miramar occupies one of the most spectacular vantage points in Bournemouth, a large resort town on the south coast of England. Designed in true Edwardian style, the popular wedding venue features curved balconies, ornate plaster cornices, and timber skirting and architraves.

With the existing chimneys and flues boarded up long ago, the idea of resurrecting the redundant fireplaces seemed impossible. That was until hotel bosses saw EcoSmart Fire’s range of bioethanol fuelled fireplaces on display at a trade show.

“For many years the fireplaces in the hotel [had] been purely decorative because our chimneys [were] no longer functional, so when we saw EcoSmart Fire at the Independent Hotel Show and discovered their burners needed no fume extraction, we knew we had to have them.”

Not only has EcoSmart Fire reinvigorated the original fireplaces with an environmentally friendly alternative for guests to enjoy, but also provided a cost-effective heating solution that has had a direct effect on the building’s bottom line.

“We are really pleased with the final result and our guests think the fires are absolutely fantastic,” says Theo. “The fireplaces now look stunning and in the winter give the hotel an incredibly cosy feel. In fact, they give off a surprisingly effective amount of heat. For example, this winter we were able to turn the central heating off in the main foyer and just rely on the heat from the fires alone.

“They’re easy to use, safe, and clean and we are extremely happy with the final result.”

By closing the dampener or blocking off the chimney with a metal plate, EcoSmart’s Grate Inserts make it easy to increase efficiency of a traditional fire conversion.

“Often people think that once a chimney has been blocked up then that’s the end of a fireplace, however bioethanol can change all that,” says Paul Holt, Smart Fire UK business manager. “The EcoSmart burners are extremely flexible and can be fitted almost anywhere. Not only have we reinvigorated existing fireplaces but we’ve pushed the boundaries of fireplace design.”

We'd love to hear from you whether you have a specific query or an idea you want to discuss.

Thanks! We received your enquiry. We'll have the best person connecting with you.
We aim to get back to you in under 24 hours - if this timeline doesn’t suit your immediate needs, please do not hesitate to contact us by phone +352 20 88 22 49.
Look Book #7

EcoSmart fires have been installed in residential and commercial settings all over the world. 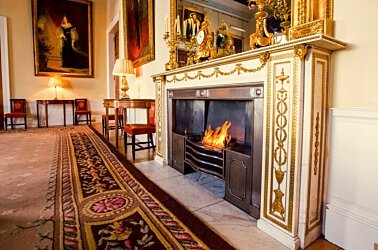 History Revived The safety of commercial shipping and safeguarding of seafarers have been the primary concerns of London’s historic charity, Trinity House, since being incorporated by Royal Charter in 1514. Located in Tower Hill, the Grade I listed headquarters and working home was built in the years 1794-96 by Samuel Wyatt, Surveyor to the Corporation. 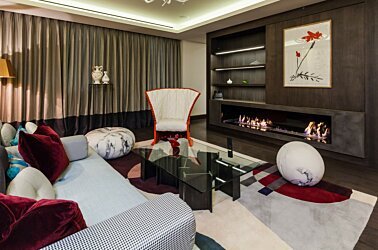 Lap of Luxury Surrounded by architecture that dates back to the Georgian period, The Chilterns is a new luxury apartment development located in an area described as “classic London”. Brimming with charm, character and history, the multi-million-pound apartments, which are a joint venture between Galliard Homes and Frogmore and C J O’Shea, include visionary architecture and stunning interiors by world-renowned designer Rabih Hage. 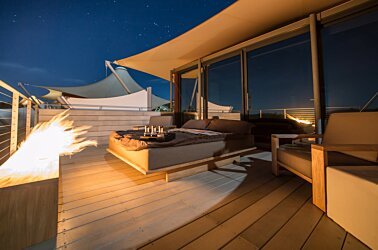 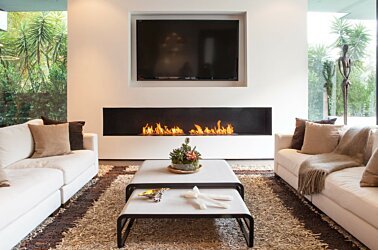 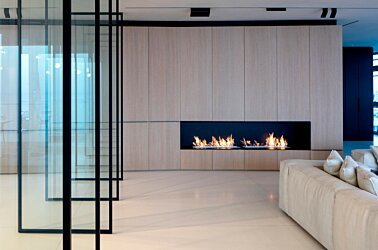 Enduring designs that transcend time Israeli architect Pitsou Kedem is a multi-award winning architect known for his minimalist style and timeless design aesthetic – two qualities that attracted him to EcoSmart’s contemporary fire solutions.
Cookies Policy - By continuing browsing this website, you consent to the use of cookies. To learn more check our Cookies Policy.
Close